I’m on a Highway to Rigel

The hardest part of going out into space to discover and explore other planets are the very planets themselves. You may have read about how fuel is always a problem for those kinds of missions: you need a lot of it just to get out of the atmosphere, and the some more to steer around in space and reach your destination. Which means a lot of weight, which means you need more fuel, and so on.

The careful reader may notice a problem: in space there is no gravity, and other non-gaseous planets barely have an atmosphere. Why would fuel be a problem? The thing is: space actually has lots of gravity. Because the sun, nearby planets and asteroids, and big planets like Jupiter have a pretty wide and strong gravity well. So you have to use fuel to counteract that.

But what if we could use regions of space where those forces cancel each other out?

These “space highways” are some things we know for some decades now. They are regions of space where gravitational forces cancel each other, so any object in them won’t need fuel to maintain their velocity.

Many asteroids and bits of space dust are found in some such regions, especially the ones called “Lagrange points”, special points created by the interaction of a star and a planet. Four each pair, there are five Lagrange points. When you mix in lots of other planets and celestial bodies, things get more complex, but also more useful, as that’s how the highway came to be.

Unfortunately, no they didn’t. The Voyagers took advantage of the alignment of the planets beyond the asteroid belt in order to get “slingshotted” from our system. Whenever they passed near the orbit of one of those planets, they got a speed boost, but as soon as they left them they got slowed down by the gravitational effects, as you can see in the picture below. If they had entered the highway, they wouldn’t be slowed down at all. 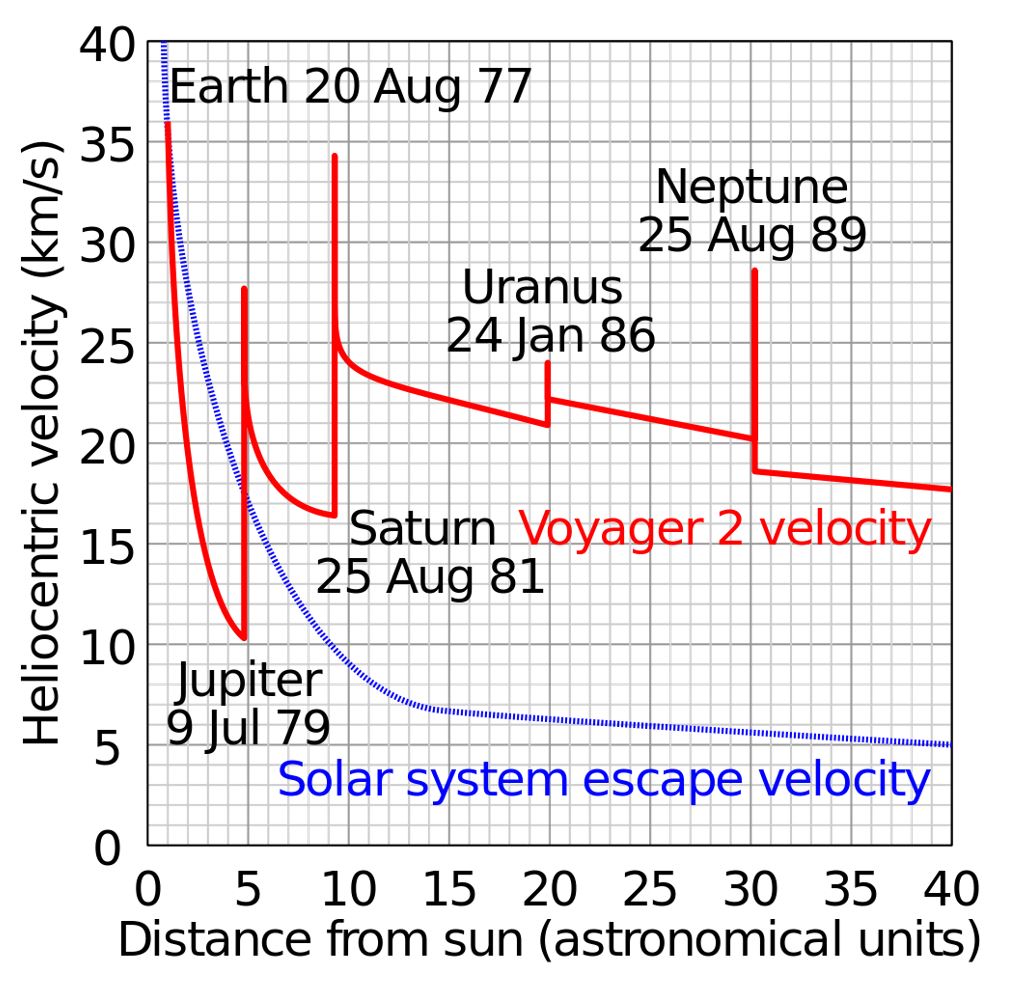 The first time one of our spacecrafts took advantage of the highway was in 1978, one year after the launch of the Voyagers, and mostly just to test the Lagrange points. By then we already had a rough way to figure out those highways, but they still aren’t being used a lot.

The news is: we discovered an even better highway. The other one was pretty complicated and involved many twists and turns. This new one used the latest advances in this field and took advantage of the more powerful computers of today to figure out even better routes. The scientists involved estimate that they can be used to go from Jupiter to Neptune in less than decade.

Didn’t the Voyagers take about a decade to go through the same distance? Yes, they did, but they took advantage of the alignment of planets to do so, and that is something that won’t happen everyday. The thing about these space highways is that they are reliable, that is, no matter the position of the planets, there will always be a path of least resistance that the craft can use.

Of course, that doesn’t mean that we are nearing the age of interstellar travel. Ten years is still a pretty long time. If you consider that the distance from Jupiter to Neptune is of about 0,04 light-years, and the distance to closest star system is about a hundred times that, then you know we still have a problem in that matter.

However, missions within our solar system will certainly benefit from that. Considering that the Voyager probes will reach the end of their lifespan in about 2025, this gives us the hope that crafts with similar missions may go beyond them in a much shorter time, and investigate many of the strange things that lie just beyond our solar system within our own lifespan. Who knows what we will find.